Working with the communities of New Auchentoroly Terrace and the Reservoir Hill Improvement Council, researchers conducting the The Druid Hill PARK (Park Access & Regional Knowledge) Survey reached out to 175 random households in these neighborhoods to ask them questions on access and use of Druid Hill Park. 87 households were willing to participate in the survey, which took place from April to September of 2019.

The average respondent was around 49 years old. 62% were female. And 72% were black. The average time they had lived in the neighborhood was 14.3 years. Approximately 10% had a disability. 48% had a bachelor’s or post-graduate degree, such as a masters or PhD. And about a third of those who took the survey had children living in their homes. 57% owned their home and 43% rented.

Perhaps most importantly, we found that people in these neighborhoods use Druid Hill Park. 75% reported having visited it in the last year. On average, participants reported visiting the park 4 times over the 30 days prior to the survey with 69.1% reporting at least 1 visit in the past 30 days.

In terms of getting to the park, 80% of those we interviewed lived within a half mile road distance of the park. The majority of participants reported they walked to the park (59.8%) while 31% used a car. Only about half of the respondents reported feeling safe from cars when walking to the park.

When we looked at factors that were associated with people using the park more often, we found three items that stood out. First, people who reported that there were events in Druid Hill Park that they could participate in were more likely to visit the park. Events like these are part of what park planners and advocates refer to as park programming. Park programming can be things like farmers markets, festivals, running events, or other sponsored activities. In fact, when we spoke with community members during our survey, they often reported the Wednesday farmers’ markets as a significant event that brought them into the park.

Second, we found that people who felt safe in Druid Hill Park during the day were much more likely to go there more often than those who didn’t. While this is intuitive, it’s important when it comes to finding ways to improve park access. Typically, park safety is not something that is considered as part of park access. But when park structures are neglected and become decayed or broken down, they can both look scary and invite unwelcome activity. Additionally, large urban parks like Druid Hill have areas in the park where people can be genuinely alone, which can be a welcome respite. However, it can also cause concern if something terrible happens and no one is nearby to witness it or help. Given this finding, it’s important that the local neighborhoods provide input on what it would look like to make Druid Hill Park safer. Things like better lighting, park rangers, repair of broken structures, or greater park use and programming can all help to improve park safety. But it is the local community that should provide the input on what most needs to be addressed and improved to make the park safer. Encouragingly, the large majority of respondents (nearly 9 out of every 10) reported that Druid Hill Park was welcoming for people like themselves. Any effort to improve safety should ensure that this remains true or improves to even greater numbers.

Our last major finding was that individuals who reported that living near Druid Hill Park was less affordable were more likely to use it. We don’t know why exactly this is the case. It may be that those who find the neighborhoods adjacent to the park less affordable are more likely to look to their immediate local context for ways to enjoy the outdoors or get away, rather than spending gas, time, or money to go somewhere outside the community. If this is the case, then finding ways to improve the park while ensuring that the neighborhoods adjacent to the park remain affordable is critically important to any future park work

In conclusion, we found that people living in the neighborhoods of Auchentoroly Terrace (Parkview-Woodbrook on city maps) and Reservoir Hill frequently use Druid Hill Park. Those who see the park as having programming that fits their needs use it more often, as do those who view the park as a safe place to be during the day. Those who reported the area as not being affordable are more likely to use the park, possibly because of its ease of access and proximity.

I am grateful to Monalisa Diallo, Darlene Dorsey, and Jessie Chien for their hard work in this project. They persevered in going door to door during the summer heat. I could not have done it without them. I am also grateful to the undergraduate research assistants who also worked hard interviewing door to door, Craig Pollack who provided mentoring for the work, and resident leader Graham Coreil-Allen and Councilman Leon Pinkett for their support. 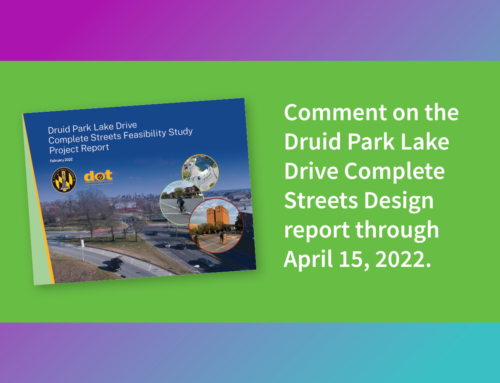 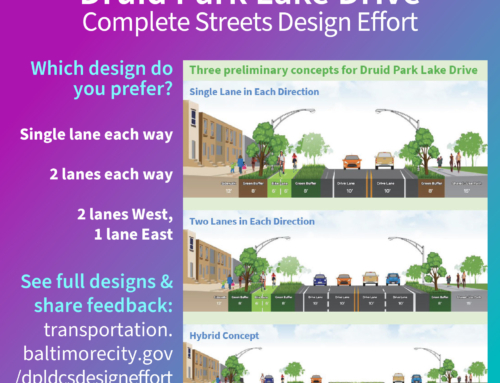 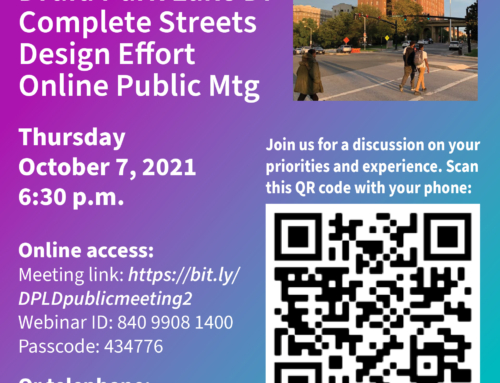 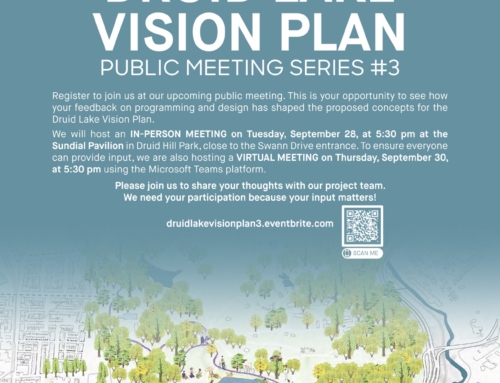 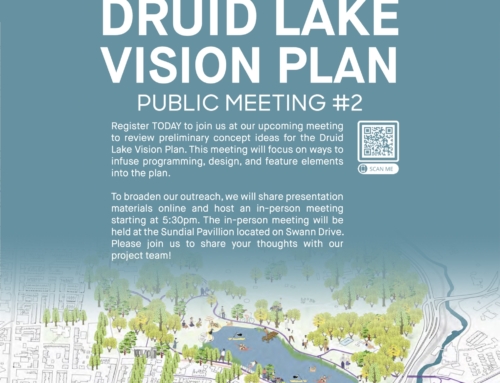